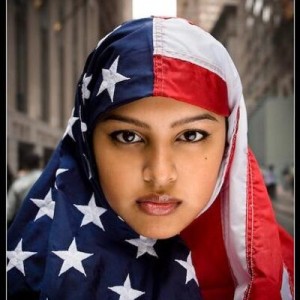 Muslims for America raises a lot of questions. My good friend Paul Maddalena sent me an interesting article recently on this topic. What percentage of the population in the USA is Muslim? How many are natural born citizens? In what order does the United States of America rank in their terms of allegiance? And to be purely speculative; What is the mindset of an American Muslim?

With the Presidential election campaigns in full swing, the topic of Muslims for America has been in millions of people’s minds. While the news media acts as a virtual catering company, feeding the masses often incendiary accounts of terrorist activity, the non-Muslim segment of society wonders.

I speak for many when I say we wonder if in difficult times, if we would unite as a whole, or would there be a separate gathering of tribes? Do you feel your neighbor has your back? Then translate that onto a larger scale, and ask if the 3.3 million Muslims in the United States have your back? We have witnessed enough turmoil to not be termed a racist for asking a legitimate question.

More so than ever, in the past decade the US has become such a divided country. The blame is easy to dole out – and I won’t mention any names, but it’s the solutions which we should be focused primarily on. The issues seem endless with the country’s psyche constantly being on high alert. Because of the active political climate, it seems that every topic and every position is up front and center.

The followers of Islam, specifically those who want to immigrate to America is perhaps the number one topic adding to the schism. To a non-Muslim we are forced to question our moral values and not judge. However, when the messages we get from the world at large is to be more careful in our discernment, it’s hard not to judge. No one wants to return to the mentality that constructed the Japanese internment camps of World War II. We would hope that we have grown as a nation. Hope is always up for question.

If there is ever a time for Muslims to voice their solidarity for America, it’s now. A voice to speak above the fray of political rhetoric and often misguided assumptions made by the general public could serve a much needed purpose. The general populace must hear more from the families and the business owners who are of the Muslim faith to put its thinking straight and its mind to rest. A pledge of allegiance from a unifying source within the Muslim community shouldn’t be asking too much.

Don’t sit quietly by letting people of other faiths, cultures and beliefs judge you unfairly. If you love your Faith, your heritage, your country, let us know about it. Tell us through peaceful action, and don’t remain mute. Are you following the highest sources of Islam by staying quiet? If someone is not following Islam does that make him an automatic enemy? According to the Quran and Hadith, is it a Muslim’s duty to fight against the enemy known as the non-Muslim?

Is violent jihad a cornerstone of the faith? If so the non-believers of Islam have the right to be worried living in a country where the Muslim population is growing rapidly. A lot of questions, and no clear answers coming from the non-radical Muslim community. This quiet encroachment of a silent and potentially – fill in the blank, is getting unnerving. Is that part of a strategy? Questions, questions, questions. 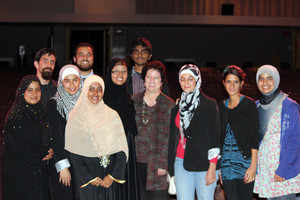 It has always been the American way to protest unpopular beliefs. Written into our Constitution is the right of free speech. If Muslims see themselves as US citizens, then use your rights. Yes, of course you have to right to remain silent, but innocent Muslims are getting a raw deal.

Now it’s going deeper by affecting the immediate family. The right to immigrate as a Muslim to the US is now being severely scrutinized. As people of God through the Profit Muhammad now, more than ever have the opportunity to add peace and unity to America. Using a power to bring gifts rather than divergences. For the sake of long term peace and prosperity, join the melting pot as another ingredient adding to the flavor of the whole.