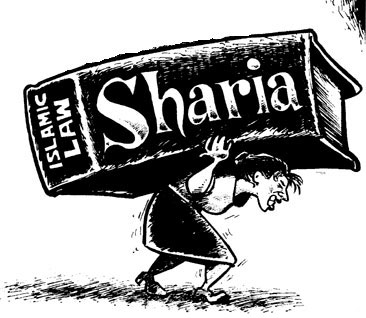 I realize that I cannot be totally objective when it comes to being a Muslim in America. Simply because I am not a Muslim. I am a Native born, white, American Christian. Admittedly, my entire faith encompasses more than just Christianity, but there is no denying that I am at the core Christian based. Raised in a Roman Catholic family, I attended parochial schools.

As I’ve grown I have become more spiritual than religious, and have incorporated parts of Buddhism, Hinduism, Sufi-ism, Native American teachings and Pantheism into my personal outlook on life. I’m blessed with what I like to think of as an open mind, and a live and let live attitude towards other who hold beliefs different from my own. We should all have the right to choose where we place our faith.

I have researched enough to know I can’t realize the depths of the religion of Islam. I do know that there are millions of followers of Muhammad that are peace loving, generous, kind people. The unfortunate fact is these fine folks are getting lumped into the pile of dissident, rowdy, radicals that have given Muslims a bad name. Down to the grass roots level, people are buying into the fear.

The other day my girlfriend called a plumber for a leak repair and when he arrived he looked Middle-Eastern. She confided in me her private trepidation of even letting him in her home. She quickly came to her senses and saw she was overreacting, and of course everything was fine. The fact that she was overly cautious is a widespread symptom of what is happening at the hands of a minority group of Islamic radicals.

When a man-on-the-street interview was done recently in a predominantly Muslim community, a question was asked: Does Sharia Law supersede the Laws of the land? In this case it was the US Constitution that was held up as the law of the land. It was interesting to note that only men were permitted to answer, and all said that Sharia Law was God’s law and therefore could not be challenged. Some were more precise in their answers, but all notably uncomfortable with being asked the question that was going to be televised on American TV.

Sharia Law
As Westerners, we know little about Sharia Law. What we do know is that it is the body of Islamic Law. It is the path that a follower of Islam follows to reach his or her spiritual destiny. If a true follower questions the Law it can be punishable by death. If you are a Muslim reading this, I ask, do you have to be obligated to follow Sharia Law? It is my understanding that yes you do, for fear of your spiritual as well as your physical life.

Many US States want to ban Sharia Law, and only a handful have legislation on the books that officially overrides Sharia Law with the Constitutional law. These individual States have officially declared that the law of the land overrules the Law of Islam in the United States. It gets complicated because the right of religious practice is one of our basic freedoms, however the other imbalances proposed within the Law of Islam are in contradiction to other basic freedoms.

Women, for example are not treated as equals to their male counterparts. The amount of discrimination depends on the families and how much they want to adhere to the strict laws. In more modern interpretations of Sharia Law women are given roles that extend an attitude of more leniency than their fore-mothers had. They are permitted to work outside the family, wear more contemporary clothing, and have a voice in the raising of their children.

Many who follow Sharia Law are no different in their expression of love for their family and friends as any other religious following. Again it is important not to lump all of the followers of Islam into one big package. God’s Law is individually interpreted, often behind closed doors, but we will seldom hear of a public protest if someone is unhappy with the family’s judgment.

Tolerance and understanding is the foundation to living peacefully with our fellow citizens. However, tolerance and understanding must come from all sides. Respect for the Laws of your religious beliefs and respect for the laws of the country where you live have to work together. If they cannot agree, then move to another country that is more compatible. Infringing on the rights of others was not the original design of the American way.